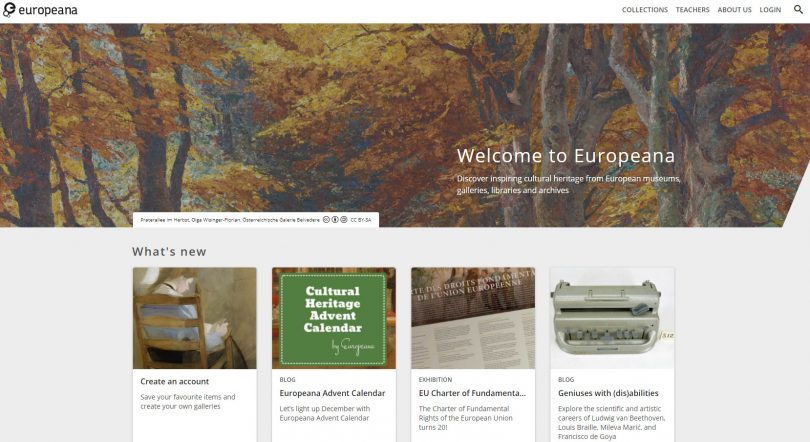 Digitalisation applied to cultural heritage is the process that transposes the essence of cultural objects presented in their physical form into the digital world, making this essence available to visitors from anywhere and at any time in an effective and efficient way. Therefore, digitalisation could be seen not only as an action but also as a process. This consideration leads to interpreting digitalisation not only such as simple conservation, cataloging, and dissemination of heritage, but also, as a process that require to considered all the aspects that derive from the fruition of the heritage. Especially the way in which many areas of social life could be re-constructed through the digital world.

While most cultural institutions invest in digitalisation process for preservation purposes, others aim at expanding their audiences also in the light of the future use of the contents. Accessibility and fruition become actions able to create the multiplier effect of culture that may generate positive externalities from an economic and social perspective.

The notions of economic and environmental sustainability have long been known, instead the notion of cultural sustainability has been traced only recently.
The process that defines culture as the fourth pillar of sustainable development started in 2002, when Agenda 21 for Culture was proposed, then a new category has emerged. From the point of view of environmental sustainability, the role of the digitalisation of heritage is to preserve it. In addition, thanks to digitalisation, it is possible to make cultural heritage more accessible to all, reducing problems related to the inequality of access to cultural information.

Cultural institutions themselves are committed to adopting this new way of communicating with their audiences, recognising that digitalisation can bring many benefits, for example the democratisation of culture and knowledge. But in order to achieve full cultural sustainability, with particular regard to digital content, clear organisational and management strategies are needed. Digital content needs specific tools, for example, unique platforms for access to cultural heritage, that are useful in order to improve the experience of users, develop educational content, create documents, with consequent and significant economic repercussions.

The idea of sustainable cultural development derives from the economic significance that can be attributed to culture. Therefore, it can be considered as a capital, whose stock is composed of the cultural value contained in tangible and intangible assets. The theoretical basis of this concept derives from the theory of cultural capital, which can be linked to that of natural one, which is the basic notion of the concept of sustainable development.

Europeana is the largest European cultural heritage portal launched in November 2008 and co-funded by the European Commission.

Currently, the Europeana platform provides access to over 50 million objects from European libraries, museums, archives, galleries and audiovisual collections by bringing together contributions already digitized by different institutions from the 28 member countries of the European Union in 30 languages. More than 3,500 cultural institutions contribute by sharing their cultural content with Europeana. These range from international museums to regional archives or other smaller realities in each EU member country. Some of the most important institutions are the Rijksmuseum in Amsterdam, the Louvre in Paris and international libraries such as the British Library in London.

The digital objects and collections that users can find within Europeana are not stored on a central computer, but remain available to the cultural institutions that have hosted them on their networks.

Europeana has a significant number of user profiles; this distinction means that it must offer quality services specifically aimed at the users.

Several conclusions may be drawn about the role of digitalisation process, analysed through Europeana, but is fundamental understand the role played by platform in the sustainable development of digitalised cultural heritage. As far as the impact aspect is concerned, Europeana guarantees the widest possible use of its contents and, at the same time, re-use in different areas, thus ensuring an acceptable and economic use of resources.

Europeana’s experience with the provision of cultural services, as already underlined above, improves social inclusion and cohesion through its capacity to develop intercultural dialogue. Therefore, the platform generates returns in the form of social benefits because inclusive institutions provide access to different groups as audiences and address issues of representation and participation in the institutions.

Furthermore, Europeana works thanks to three aspects of social inclusion, which are: access, representation and participation. If the first two are discounted, for example, the third is achievable thanks to the provision of participation tools through shared initiatives on social networks. Finally, Europeana appears a useful tool to encourage tourism both at the European and international level. Also, it has positive implications in the experience of cultural tourism, especially when visiting a point of cultural interest, as this has contributed to planning a more successful trip, even contributing to adding value to the trip and the learning experience associated with the acquisition of cultural knowledge.

At the same time, for the institutions involved in the process of content sharing with Europeana, the benefits of the digitalisation process derive from an improvement in the value of their material, giving them a different position in terms of visibility in society. Moreover, without Europeana the fragmentation of the databases, used by the different institutions, leads to development costs and under-investment in the valorisation and maintenance of digital resources. The presence of platform balances these financial problems, with the effect of leading to a sustainable use of the scarce economic resources available to the cultural sector.

She is post-doc Research Fellow at the Department of Laws, Economics and Sociology of the Magna Graecia University of Catanzaro (Italy) where she also teaches Political Economy and Cultural Economics. She holds a Doctor Europaeus PhD in Health Economics and Management at the “Magna Graecia” University. Her research interests lie in the fields of cultural economics and management with a focus on the impact of culture on health and education. She has co-edited the book Cultural Commons and Urban Dynamics. A Multidisciplinary Perspective (New York, Springer, 2020).

She is a post-doc Research Fellow at the Magna Graecia University of Catanzaro (Italy) where she holds PhD in Health Economics and Management. Currently. She is
adjunct Professor of in Business Organization, Conflict Management, Public and Private Organization at the Magna Graecia University. Her research is focused on intellectual capital, small and medium business, digitalization, family business, performance, gender diversity. She presented her research at several international conferences; her publications appeared in national and international academic journals.