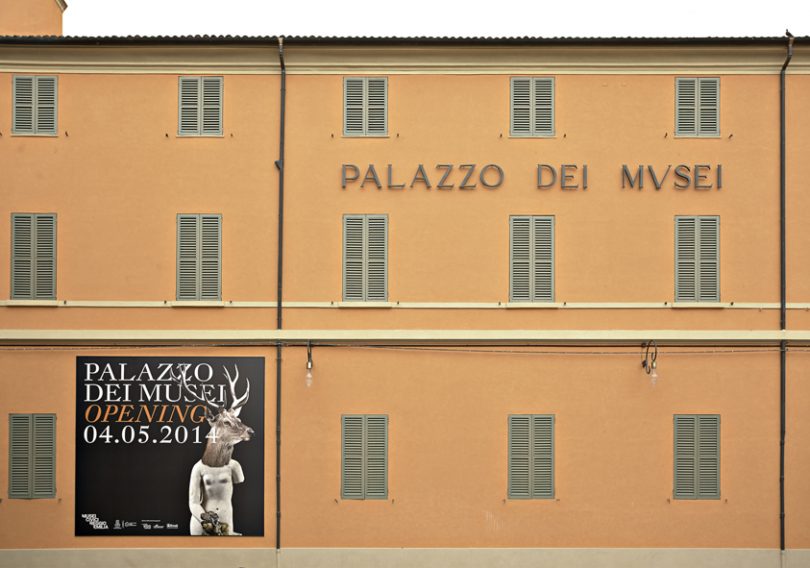 The fact that museums and their holdings are a source of inspiration for artists and creative professionals is nothing new. From fashion to architecture, design, and music, professionals in these fields have always drawn on museums’ aesthetics and content in their process of production, whether material or immaterial.
But is seems like long-ago times when this production was judged based on its cultural value and social growth, an area in which Italy excelled. Now, instead, it is too often reduced to a sterile exercise in aesthetic, classical, or ethnographic inventories, easily reproducible and recognisable for a market that wants to be increasingly easy and global.

Are we aware of how a museum, not only with its collections, but also and especially with its daily work of research, has always been a laboratory of creative experimentation, a device for creating the new, for anticipating the times? Are we aware of how much it can inspire attentive researchers and creative professionals who choose to put it at the centre of their professional life?
There is a need, more vital than ever, for museums to interweave languages and create new culture and knowledge in the complexity of the contemporary world, and this need is effectively leading museums to become valuable platforms for exchanging and creating value, interconnected environments and fruitful interactions, indispensable for the future. But this is a reality that is still poorly understood and recognised and in which we still invest too little.

Museums can be more than just catalogues of ornamental forms and types or evocative and exciting scenarios for exclusive representations. While fashion designers are inspired by museum collections and draw lifeblood from them for their creations, or the most famous influencersof digital entrepreneurship use their public influence as a way to launch their own communication, museums are able to be much more. Museums need to once again embrace and embody their role as patrons and producers of new knowledge, in order to finally give the driving force to a cultural renaissance that we all feel the need for. With their ability to understand the reality that surrounds us, to act as a bridge that unites public and private energies, the formal and informal, to create a network to ensure the necessary openness and sustainability, museums today acquire unprecedented potential and play a central role in the modern world, one that should be recognised.

The Municipal Museums of Reggio Emilia began moving in this direction in 2014 with the exhibition For Inspiration Only curated by Italo Rota that inaugurated the regeneration project of the Museums themselves, which will conclude in 2021. This initiative includes the audience development project #IspirazioneMuseo, aimed at stimulating the creative community and encouraging the emergence of those professions and activities that re-elaborate the museum contents in different areas with the intent to create a common space of action by focusing on a new relationship between the museum and the “players” of creativity. The intent is thus to highlight the specific contribution that a museum can offer to the world of work and the economy for the future society.

The project invites creatives, identified on the Italian national scene and beyond, to share their experience in a sort of open letter, describing the significance that museums have for them as a source of inspiration. The experiences are published on a blog conceived as a permanent space for meeting, exchanging ideas, and producing content – which continues also outside the network – able to offer new opportunities not only to the museum but also to the creatives themselves, for knowledge, promotion, and professional growth.

The basic objectives are manifold: first of all, to communicate the museum through experiences developed outside the museum environment as well; to develop a new generation of professionals who use the museum as a lived territory, an authentic training ground of expressive genesis for the widest variety of arts and activities; to inspire those who produce and work in the creative field by building a network that facilitates their knowledge and mutual exchange.
#IspirazioneMuseo therefore seeks to engage with the “insiders” to co-design an innovative action by mobilising creatives as testimonials of the museum in the society and as influencers on behalf of the cultural heritage of extraordinary value that distinguishes the Bel Paese in the world.

Among the most fertile collaborations, I would mention the one with Alessandro Grazian – a musician from Padua, Milanese by adoption, who is a singer-songwriter, instrumentalist, and composer of soundtracks – invited to bring to the Municipal Museums of Reggio Emilia his project Torso Virile Colossale (Colossal Male Torso), a sophisticated production that creates culture outside the box and is among the experiences of excellence in Italy in the dissemination and communication of the ancient world.

Torso Virile Colossale, which owes its name to the artist’s encounter with the description label of a museum piece, originates from his passion for ancient history and for cinema. It is an original musical project dedicated to the epic film genre known as Peplum, orsword-and-sandal, which was ahead of its time and stands out for its quality and rigour. It is aimed in particular at millennials and post-millennials spectators who seek 360-degree immersive content, and is based on archetypes that can also resonate in our contemporary times, bringing the culture of the ancient world out of elite circles, combining myth, cinema and music, all collected in the debut album, Che gli Dei ti proteggano (May the Gods Protect You). The meeting with the artist, the collaboration and the evocative performances in the Municipal Museums of Reggio Emilia as well as in other institutional venues in Italy, and the appreciation of a wide audience confirm the value of the project and the importance of investing in common work, which can be of mutual inspiration for future productions.