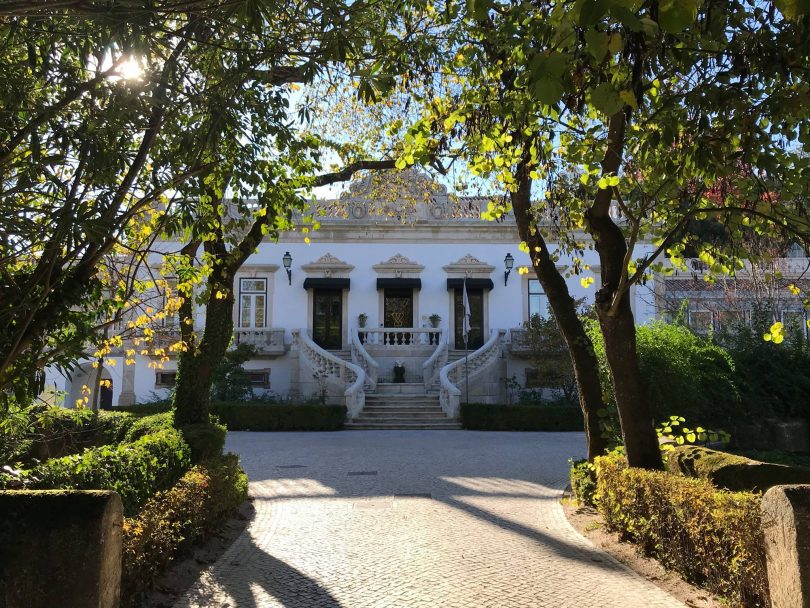 Student, twenty years old, penniless, travel lover, excellent French, ramshackle English, I found my escape route through a tour operator in Milan and a travel agency in Bologna. They often sent me to Paris, sometimes with six or seven other guys, as tour leader (in the 70s simply guides) on a train full, for example, of 350 bank employees from Rimini. Fatigue, a lot, derisory earnings, almost always wasted on the spot buying personalized pencils and eating chocolate éclaire for fifteen francs, a tenth of gross pay.

70’s. Today so much has changed. Hotel Concorde Lafayette, five stars, brand new, amazing indoor shopping mall, with color TV in each room then very rare, Paris under you. Waiting for breakfast, a group of excursionists commented with a veiled sufficiency about the hotel, and I wondered what kind of castles these gentlemen lived in. Then comes the bank manager, a meter and a half of institutional bonhomie and circumstantial smiles. Still on the stairs he exclaims, did you see what a beautiful hotel?
At this point, race of admirers, the hotel, what a dream, breakfast, what a smell!

The trip was Easter, a day and a half after long train journeys. The half day was in the morning waiting for the return train. Each guide asked his group his preferences on how to spend the last three hours in Paris. Louvre, among loud exclamations and mumbling of manner. As a subtle carrion, I asked which departments they preferred, to hear something that sounded like Mona Lisa.
Same, identical comedienne to every trip: on the first day no one wanted, rightly so, to lock themselves in a museum, everyone preferred the air of Paris. But before returning, cultural consciousness imposed.

Each time I was forced to point out that, for a not booked group, a visit to the Louvre would be problematic, and the short time would not allow much to be seen. Perhaps just the Mona Lisa, and it was not even certain that it would be done in time. Like a real bastard, I pretended to propose a Jeu de Paume, a Grand or Petit Palais. Finally, I tried an Orangerie, but the Impressionists did not impress them. Never. On the other hand, time would be tight for alternative solutions as well.
The magic word was Lafayette. Not even Printemps: they did not count the objects purchased, but brand on the bags only.

Has globalisation increased the interest of visitors in museums?

Many years later I wonder what really changed. The number of visitors to museums and galleries has increased all over the world, especially thanks to globalization, to the dense skies of cheap airplanes, to the internet that informs much more than television does.

But when it comes to organized travel, one has to wonder how much they are increasing and how much they are easing interest in cultural heritage. Cruises, for example, have very tight deadlines, further reduced in countries where border controls are long. Visits to museums and art galleries take place during the short stops of the ships, no matter if they coincide with high crowds and even with passengers from other ships or massive groups on several coaches.
So it may happen that, when disembarking in St. Petersburg to visit the Hermitage with a reservation and a bus, but one finds oneself trying to observe a work overwhelmed by hundreds of people running with poor education and hasty glances with the sole intention of concluding the route by setting Olympic records.

Without, therefore, claiming to transform leisure into pure culture, enlightened tour operators could print advertising messages for some destinations in the name of concepts that do not obscure the freedom and the blue sky of the vacation, but add adventure to art. Works that depict compelling stories will attract and become topics of conversation between travel companions and on return from vacation.

Strategies of this kind are more suitable for small operators, but mixing sacred and profane is less difficult than it seems. In many cases it is not necessary to invent anything, just enhance the local history. Better if it smells like legend.

A magnificent example. In Coimbra, Portugal, there is a hotel, five true stars, but nothing compared to the legend that hides: the immense garden that surrounds it tells one of the most poignant stories that have ever been told. Inés de Castro, illegitimate daughter of a Castilian nobleman, became the chaperone of her cousin Costanza Manuel, who she followed to Portugal when she married the heir to the throne Peter the First. He soon fell in love with her, however, and their relationship emerged after Constance died in childbirth.

The two had several children and in 1354 he married her. But a fierce Castilian court around Inés was weakening the Portuguese dynasty, to the point that King Alfonso IV, during the absence of his son Peter, went to the monastery of Santa Clara, where she lived, with three noblemen, who stabbed her mercilessly despite the pleas of the woman to the sovereign.
A war followed between Peter’s army, blinded by grief, and that of his father.

Finally, peace, but he never forgave his wife’s murderers, who he had killed immediately after ascending to the throne, and, as a supreme act of love, exhumed the body of Inés proclaiming her Queen of Portugal.
The hotel is called Quinta das lagrimas because in its park there is a stream where legend has it that Inés de Castro’s tears flow.

Inside the various bodies that make up the hotel this story is recalled with countless works of art, some of them ancient.

But others, very modern, like the one depicted here, by the Portuguese contemporary sculptor João Cutileiro (1937-), have also lived as part of the sad fable, in a path that leads some guests to never leave, not even to visit Coimbra, the city where they went.